Ustadha Rim lives in Wimbledon, England. She is originally Syrian. Ustadha Rim is our most mature, experienced and premium teacher in the science of ‘Tajweed’.

She studied Tajweed in Beirut Lebanon with ‘Ustadha Hafizah Shafiqah Taqqush’ from Beirut who studied under ‘Hafizah Ustadah Majidah Al-A’qqad’ from Syria whose sheikh was The Great Shiekh – Abul Hasan Muhyiud Deen Al-Kurdi.

The unique quality is that Sister Rim is a Hafizah of the Qur’an.

She studied Tajweed and memorisation and the poem of Tajweed called Aljazariyah (الجزريّة) as required for ijazah. She completed this in 2005.

Ustadha Rim then moved to Cyprus and started to teach there for a few years. Eventually, she moved to the UK. She started teaching in Brighton for a few years before moving to Wimbledon, where she has been actively teaching Tajweed and Qur’an for so many years. 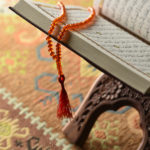 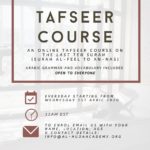 Be one step ahead with our latest deals, offers and discount for Education

Not a member yet? Register now

Are you a member? Login now